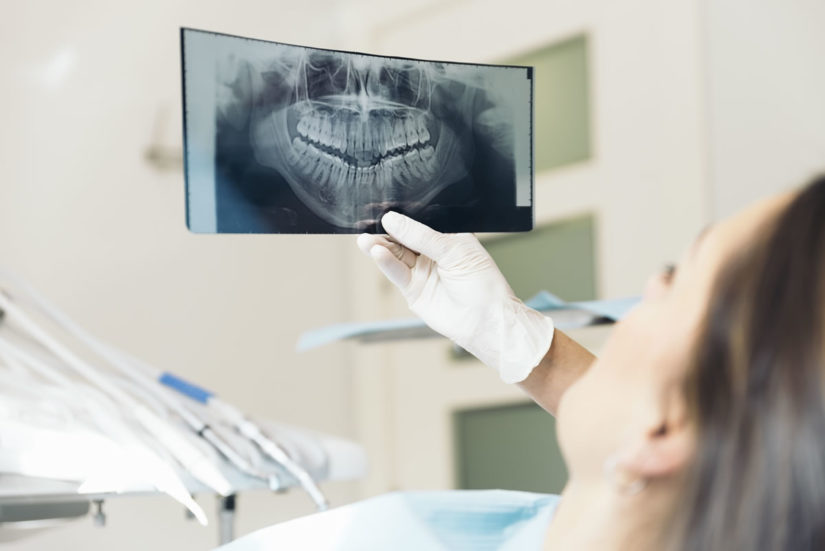 Can my dentist tell me if I have oral cancer?

The short answer: Yes, your dentist can detect early signs of oral cancer. According to the American Cancer Society (ACS), many pre-cancers and oral cancers can be found early during routine screening exams by a dentist, doctor, dental hygienist or even self-exam. But before we dive in further, it’s important to know why screening is important.

When movie star Michael Douglas revealed he had throat cancer in 2010 (later determined to be tongue cancer), his diagnosis shed light on the fact that oral cancers can be caused by many different factors – not just smoking and tobacco use.

Many who had never considered themselves at risk for oral cancer because they never smoked or used tobacco – one of the most common and widely-known risk factors – had new questions and concerns.

While the overall rate of new cases of oral cancer have been stable in men and dropped slightly for women, there has been a recent uptick in cases linked to human papillomavirus (HPV), according to ACS. HPV is the most common sexually transmitted infection in the United States, and it can cause certain cancers – including oropharyngeal cancer – according to the Centers for Disease Control. But despite the increase in HPV-linked cases, it’s important to keep in mind HPV is still only one of many risk factors that can lead to oral cancer, like tobacco use, alcohol use, UV exposure and poor nutrition, just to name a few.

The organization estimates about 51,540 people will get oral cavity or oropharyngeal cancer in the U.S. in 2018.

What is oral cancer?

There are two types of oral cancer: oral cavity cancer and oropharyngeal (throat) cancer. Oral cavity cancer includes cancer in the lips, inside lining of the lips, cheeks, teeth, gums, the front two-thirds of the tongue, the floor of the mouth and the bony roof of the mouth. The area behind your wisdom teeth can be included in the oral cavity, but is often considered part of the oropharynx. Oropharyngeal cancer includes cancer in areas such as the base of the tongue, the back part of the roof of the mouth, tonsils and the side and back wall of the throat.

What are the symptoms of oral cancer?

Possible signs and symptoms of oral cancer, according to ACS, include:

If you experience any of the above conditions for more than two weeks, schedule an appointment with your doctor or dentist.

How often should I get screened?

You should ask your dentist to screen for oral cancer at each regular checkup. You can also ask your primary care doctor to do the same. Unless you’ve experienced any of the symptoms listed above for more than two weeks or have some other reason to believe you could have oral cancer, there’s no need to schedule an appointment for the sole purpose of a screening.

Between check-ups, you can perform a monthly self-exam by looking at your mouth in the mirror. Check for any abnormalities or areas that have changed in appearance.

Unfortunately, says ACS, some cancers may not cause symptoms until they’ve reached an advanced stage, or they may cause symptoms similar to those caused by conditions other than cancer, like a toothache.